The Science of Everyday Thinking - Episode 11

We had laid down the ground work in the last 10 episodes.

Mostly, people ask for characteristics of other people on order to judge and make decision about them. When people want to decide whether to help someone or not, they take the personality of that person into account.

When some students were tested in an experiment – whether they help someone or not, it turned out that it was not related to their religion or personality; the most influential point was whether the student was in hurry or not. Even honesty is not constant in people. It depends on the situation. Character traits and morals are not predictable on their own. They become predictable when circumstances are taken into account.

As Richard Nisbett says, any behavior you get out of anybody, is a function of what he/she is responding to and what’s in the person. When we talk about behavior of other people, we just focus on their personality, and not the situation. On the contrary, we tend to rationalize our behavior with the situation we were in. Best way to give advice successfully is to pay attention to situations instead of characteristics when dealing with something difficult.

1) Cultural differences play an important role; for example, westerners first see the context and then the individual.

2) The language; we don’t have many words for situations, but a lot of words for describing characteristics. 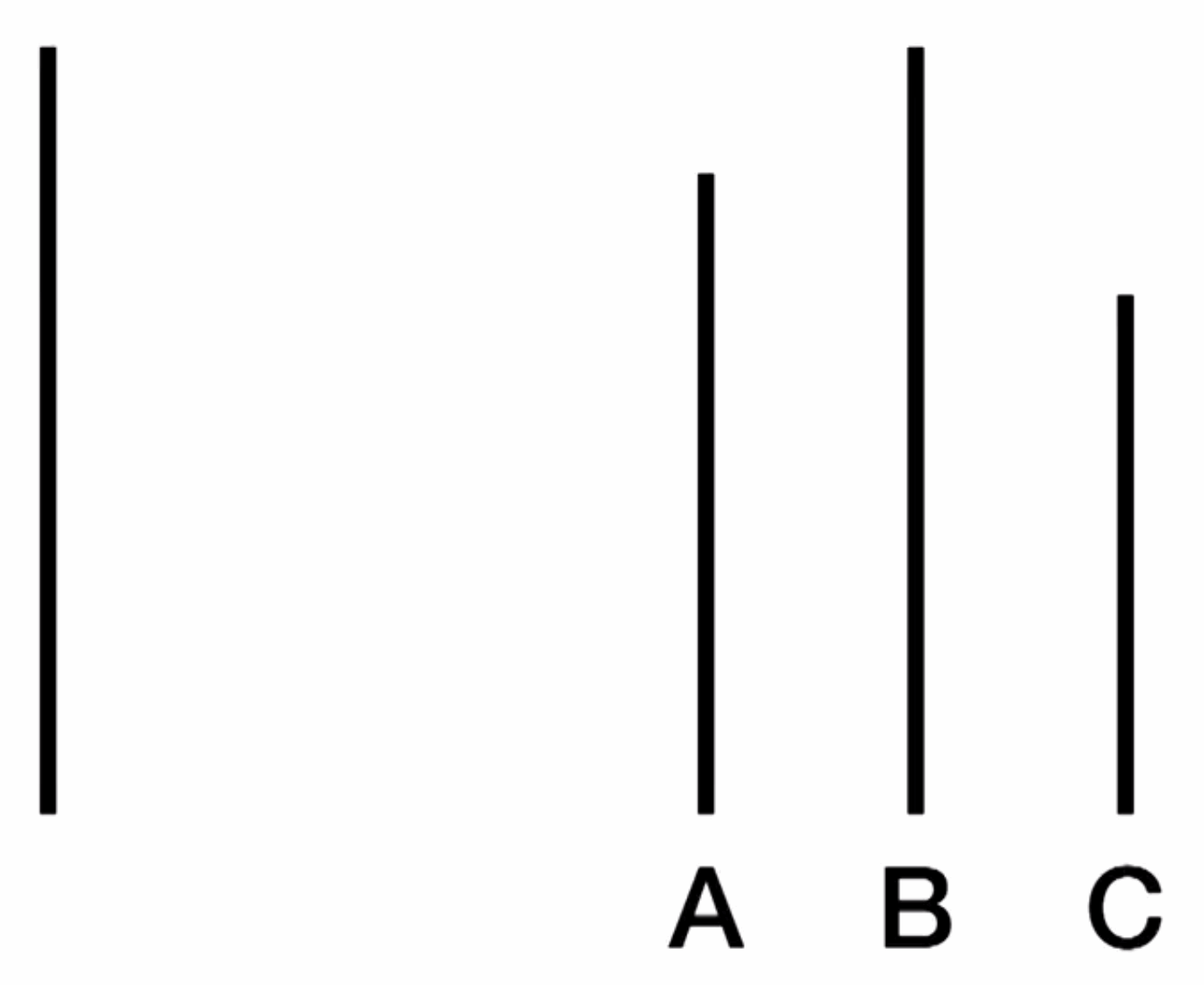 When many people (in the image below) say that the line on the left is equal to C, even though it is obvious it equals to B, other people will go on saying it is equal to C. This phenomenon is called social conformity; people often go with the group because they think the group has access to the information.

There is phenomenon which was shown in Milgram experiment; people tend to obey official-looking individuals even if it some morals are being neglected. What goes on here is called the diffusion of responsibility.

Bystander effect is another interesting phenomenon that refers to cases in which individuals do not offer any means of help to a victim when other people are present. The probability of help is reversely related to the number of bystanders.

A very fundamental error that we make is that we think the way we see the world is the way the world really is and people should see it in the same way.

Previously, we talked about fundamental cognitive error. Now, we discuss fundamental attribution error. It’s our failure to recognize the power of situation in prediction human behavior.

Field theory is a notion that says behavior is a function of person and his/her environment. Very small situational changes can change people’s behaviors. For example, if we tell people it’s good to do a checkup at university’s health center, they rarely go. However, if we give them a map with health center marked on it, more people will go.