The Science of Everyday Thinking - Episode 10

So far, we have been dealing with cognitive mechanisms, biases, and heuristics that help people navigate through complexities.

Facilitated communication is a technique used for autistic people. These people are non-verbal and the idea is to help them communicate with the world by tapping letters. Autistic people cannot stop pushing the letters. A facilitator guides the person to push and leave letters. However, it is too good to be true. As Scott Allen explains, in this technique, two people are involved and they have different pieces of information, and, as a result, it’s crucial to see whose pieces of the information is conveyed; the client or the facilitator.

The experiments have shown that the information comes totally from the facilitator and the technique is not working at all.

In cases like facilitated communication, some people tend to ask what the harm is. As Scott Allen says, there are actually some harms:

1) A large amount of research hour is neglected and wasted.

2) A lot of time is wasted from the individuals involved.

3) The autistic person needs respect and is values regardless of his/her communication. By facilitated communication we disregard and disrespect this value.

Let’s check the confusion matrix of this case: 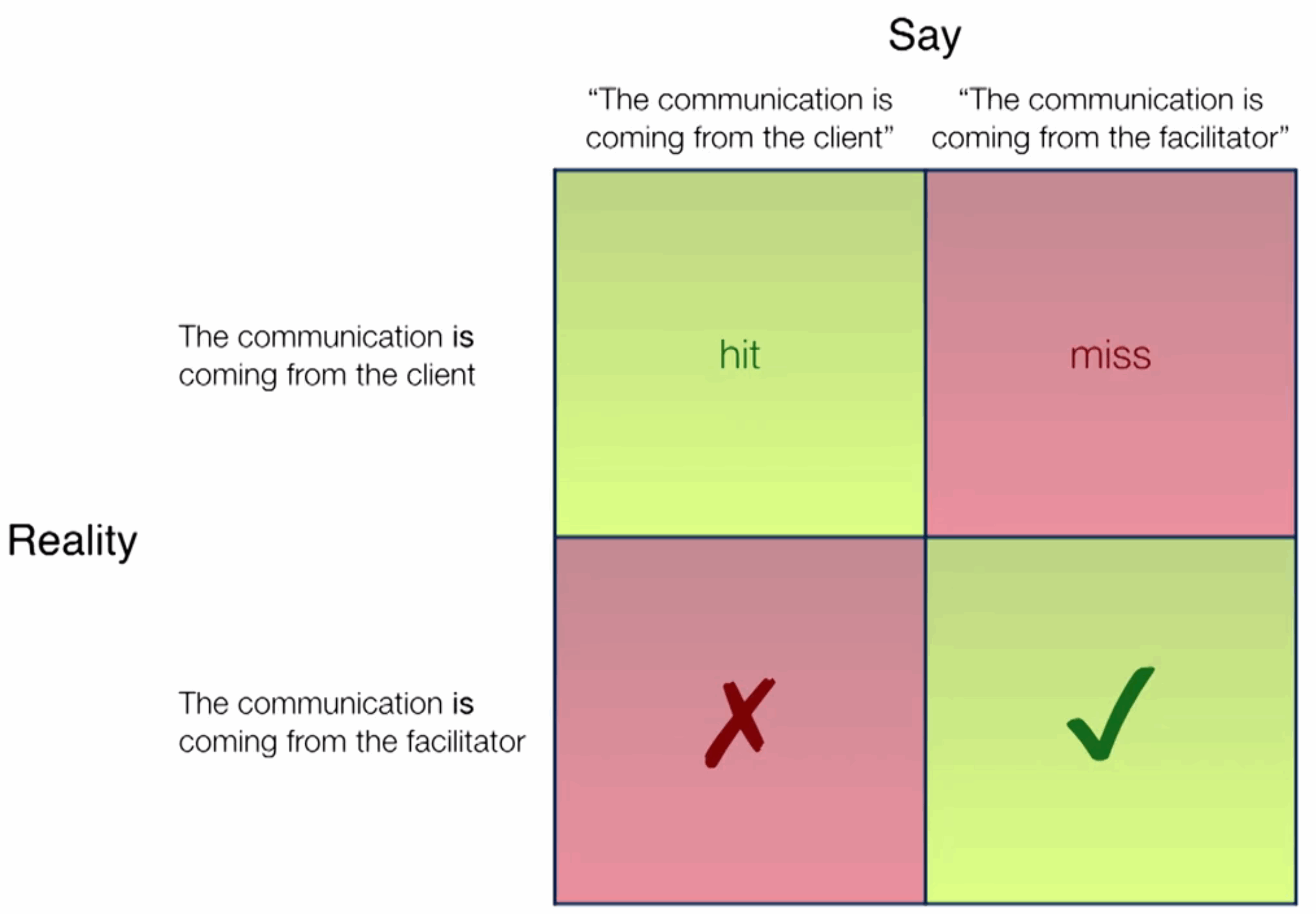 The cost of a false alarm here is huge and we cannot just ignore amd say what’s the harm? Actuallt, it did’t need to happen in the first place. Before starting to widely use this technique, it should have been tested and evaluated carefully. There is a website called what’s the harm and covers similar examples and actually shows what the harm is.

It’s a response bias to say the thing is working regardless of whether it is or not. Response bias is is the tendency of a person to answer questions untruthfully. For example, they may feel like to give answers that are socially acceptable.

Neither of the cost of a miss nor the cost of a false alarm is acceptable, and both of them should be prevented with a little bit of research.

The evidence that is presented to the jury, is not just the product of some machine, it is also the product of human being’s analysis. In many cases, different experts may come to different conclusions. Let’s unfold the cognitive mechanisms here.

It can only happen when there’s some ambiguity in the evidence itself. Also, the judgements can be influenced by what we expect to see. Blinding procedures are great practice to prevent influenced judgements. An example is covering names before evaluating exam papers.

Stephan Lewandowsky explains why people believe in strange things. He says that people tend to focus selectively on what they consider to be evidence. They may focus on one data point in case of climate change showing cooling and be persuaded that all the research and claims about global warming is nonsense. This kind of view just protects some people’s perspective and ignores all other pieces of evidence.

People have the ability to choose their own media by focusing on certain sources on the internet. Therefore, information has become far more fragmented and people has become immersed in their own bubbles of information they like. People follow their own instincts and that’s a serious problem. Because people start to think everybody else thinks like them which makes a false consensus.

People tend to think the government and scientists try to conspire against them. Conspiracy theories are always involved in a rejection of an official account.

Dealing with the Media

Besides previously discussed biases, there are two other biases involved when dealing with media. First one is it must be in the middle heuristic. Someone presents something and someone else presents something opposite. The person watching them assumes that the truth must be somewhere in the middle. Second one is be fair to both sides. The media tries to be fair and balanced and cover both sides of a debate equally. However, in the case of climate change, 99 percent believe there is actually climate change by human intervention and 1 percent do not think so. The media invites one from each side. Therefore, people tend to think the advocates and proponents of the idea of climate change are 50-50.